It's a world of slaughter... 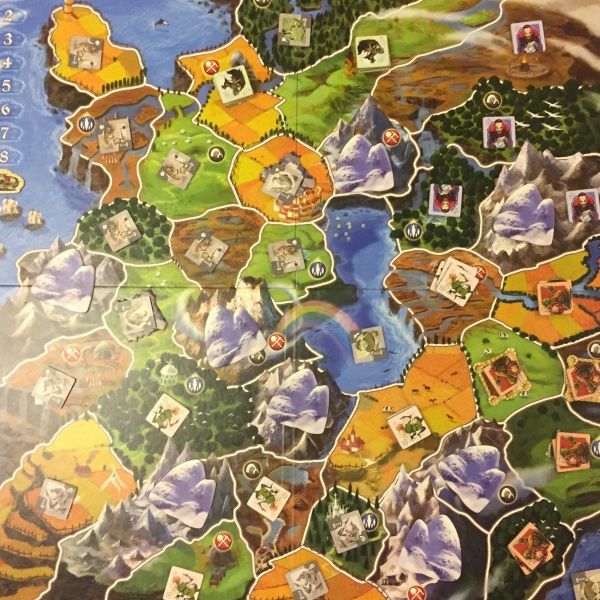 I have long suspected that the boardgame Small World , with it's wild juxtapositions, would make a terrific way to randomly generate a history for a game world. As a hands-on exercise in my Worldbuilding class, we played a game of Small World on our lunch breaks to do just that. I need a game world just now, so this is timely!

It worked even better than I could have hoped.

Dragon Wizards and Seafaring Halflings. Fortifying Orcs and Pillaging Ratmen. Flying Ghouls and Berserker Tritons (who later 'reappeared' as Commando Skeletons). Mounted Trolls. Sit with that one for a moment… Mounted Trolls. I decided that they ride, or rather, rode rhinocerii. The rhinoceros riding trolls passed into history centuries ago. 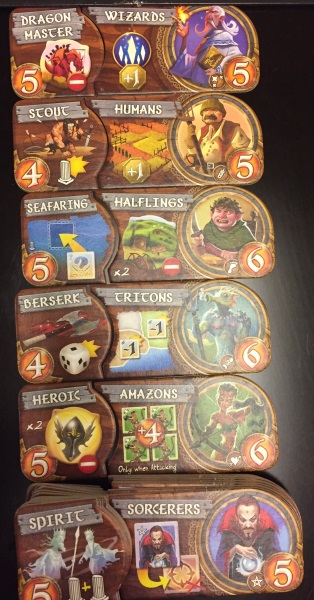 In the era the campaign will take place (I made each step about a century), only the Seafaring Halflings and one lone Amazon remain through the thousands of years that intervened. Centuries of conflict cooled only when plagues ravaged the land.

In recent times, Elves have come from the South. Many hope they will bring an era of peace… though… when? In the span of Elven generations? If so, few will live to see it.

Some centuries ago, the Elves declared the Vale of the Jenn the seat of their influence and in the centuries that have followed some measure of peace has fallen over the strange and wild land.

Dragonborn stand in the western swamps against the Bone Tide. Orcs strike in from the east. A contingent of Dwarves venture up from below determined to lay bitter grudges from the past to rest (for profit).

Obora is poised for adventure!

Ascendant campaigns can view previous versions of their pages, see what has changed (and who did it), and even restore old versions. It's like having a rewind button for your campaign.

We've already been saving your edits, so if you upgrade now you will have instant access to your previous versions. Plus, you have our no risk refund guarantee , so there's nothing to lose.

Session 1 - Characters And I'm not talking about the PCs...

I'm sorry, but we no longer support this web browser. Please upgrade your browser or install Chrome or Firefox to enjoy the full functionality of this site.